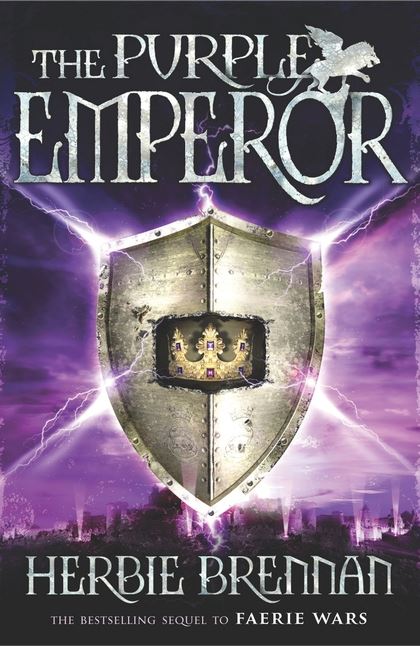 Mr. Fogarty has taken up permanent residence in the Purple Castle as Gatekeeper for the Faerie Realm. Henry is asked to translate back to the Faerie Realm for Pyrgus’ coronation. Blue makes her first trip into the Analogue world, and when Henry tries to follow back in the Faerie Realm he is turned into a tiny man with wings! Meanwhile, the last emperor, Aptura Iris’ body has been stolen, causing mayhem for Henry’s friends. Hairstreak, the evil man he is, resurrects the last emperor and uses him under his control, or so it seems. Comma, by declaration from the resurrected Emperor, is named prince and exiles Blue, Pyrgus, and Mr. Fogarty. &nbsp;Henry must try to find his friends; while they plot to bring down Hairstreak. In the sequel to Faerie Wars, new friendships are made, old enemies try out their new evil plots, and adventure awaits for those who try to stop it.