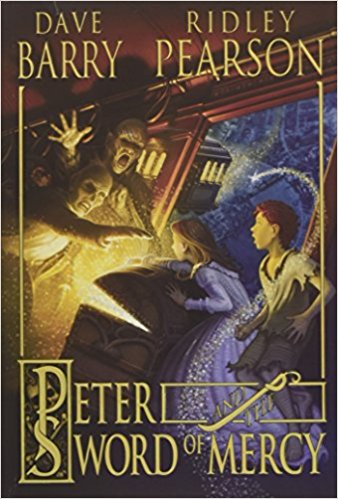 Over twenty years have gone by since Peter has had word from Molly. With the Starstuff fall on the island no one has aged a day and sickness does not befall the inhabitants of the island. Some shipwrecked men come across the island and soon discovery the oddities of the land. Fighting Prawn the leader of the native tribe knows the men are not what they seem and wants to get them off his island as soon as possible, at any cost. In London, England young Molly has grown up and married George Darling and now has three children of her own. Her daughter Wendy is much like herself when she was young and cannot keep the secrets of her past from her. Not after James, Peter’s old friend, shows up after years of being absent from her life with news that their old enemies may have returned to England. James brings news that the heir to England’s throne has been under the influence of a shadow that haunts his dreams. Could it be that Lord Ombra has survived all these years? When Molly tries to uncover this new problem she disappears. Leaving Wendy, her young daughter, alone in the battle against the evil she has once defeated herself. The only problem is that Wendy can only hope to defeat these enemies with her mother’s old friend Peter, who is on an island miles and miles away.