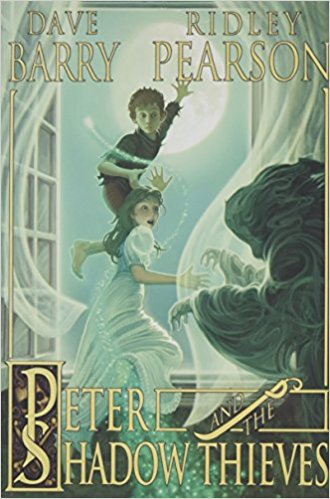 After Peter’s thrilling adventure with the Starcatchers, he is beginning to get restless on the island. Peter torments the pirates left on the island and becomes friends with the creatures and the natives. When Slank, one of Peter’s enemies, comes back to the island for the star stuff and learns it was taken home with Mr. Aster they take off for his home. Learning that Molly could be in danger Peter decides he must take the trip to her home land; London, England. The trip there was long enough but with the help of Tinkerbell he is able to get there safely. Something mysterious has come with Slank to ensure that he will recapture the treasure. A thing that will be attacking Molly’s home. Peter struggles to find her house and alert her of this mysterious Lord Ombra who is coming for the star stuff. Peter is able to safe her just in time but was not able to rescue Molly’s mother. Peter is more than a little unnerved to find that Molly has a male friend named George Darling, whom they must ask for help along the way to saving Molly’s mother, and the star stuff once again.