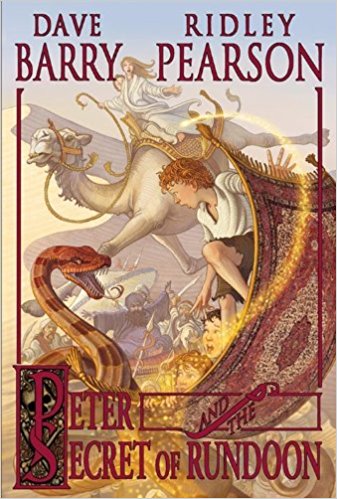 The Starcatchers are about to embark on another wild adventure. It starts with the troubling discovery that Lord Ombra has returned to Rundoon and is gathering forces to get back at Peter and his friends. Meanwhile a tribe from another island has landed on Peter’s island with the goal to take over the Mullusks. The invading tribe has heard that untold treasures lay undiscovered by others on this island; they will not leave without it. The young daughter of Fighting Prawn must make a hard decision of joining with her enemies to save her island, or lose it and her family to the invading tribe. Back in London, Molly, with George in tow, is discovering some secrets to Peter’s past that may reveal why so many bad people want him captured. Molly voices her findings to her father Lord Aster, what she does not expect is to be left behind. That just won’t do. When Molly follows her father with the ambition to help him and Peter, she realizes she might’ve just made more trouble for them all.