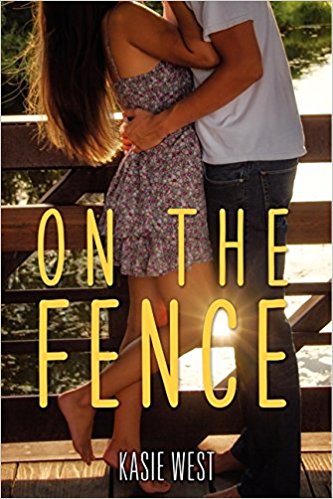 Category: Novels
Tags: Dating, Family, Friendship, Nightmares, Self Discovery, Sports, Summer
Author: Kasie West
Genre: Fiction
Publisher: Harper Teen
Title: On the Fence
Novel: On the Fence
This is more than just a teen summer romance novel. This book has many layers and developed characters. There are many different types of relationships this book hits on. The father/daughter bonding, after the death of her mother. The overprotective brothers and the need to fit in with her siblings. The desire to fit it with the girls her age and growing closer to her boss as a mother figure to teach her those things.…

Charlie, short for Charlotte, lost her mother at a young age. Being raised by her father and growing up alongside three brothers has made her a tomboy. She is no stranger to sports and grass stains, and she loves hanging with the guys. Even at sixteen, she doesn’t know the first thing about being a girl. After a few too many speeding tickets her father forces her to find a job. Unexpectedly she is hired to work at a boutique clothing store where she has to step up her feminine game in order to fit-in. She has new friends, girl friends, and even started dating a guy that doesn’t know she could  beat him at pretty much any sport.

Meanwhile, at night she’s been losing sleep from horrible nightmares about her mother’s death. Her lifelong next door neighbor, and honorary fourth brother, Braden has suddenly become the only guy in her life that she can be her true self around and talk to about these nightmares. Their midnight fence talks are nice, too nice, because pretty soon Charlie is falling for Braden! She knows the stakes are high if she was to tell him how she feels, but does he know her better than she thinks?