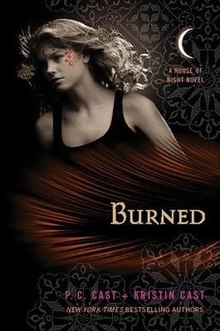 Zoey’s soul has been shattered. Broken to pieces and scattered in the Otherworld. Stark, her oath bound warrior, is determined to help her back to the real world no matter what the costs. He sets out on a journey that will change him forever. Kramisha has been getting prophetic poems that will help everyone on their own mission; the only downside is that no one can really decipher the true meaning of the poems. Stevie Rae is having her own battles with herself. The Red fledglings are becoming a problem that she can’t handle on her own anymore. Her bond with the Raven Mocker Rephaim is becoming a problem in itself. Still conflicted with the Raven Mocker, there is also the internal struggle of choosing between Dallas and Rephaim, which is one decision that she will have to make by herself. Aphrodite and the crew will have to deal with Neferet and the Vampire High Council in general while Stevie Rae and Zoey are busy. Can they convince the council that Neferet is really evil and no longer a follower of Nyx? Or will Neferet use her new dark powers and Kalona to start toward her desired path to power?